Here are some things that I have been thrilled with the past few weeks. END_OF_DOCUMENT_TOKEN_TO_BE_REPLACED

After writing very briefly about Galavant in my last Thursday and Thrilled, It seems a lot of people have never heard of or seen this show. I need to correct this right MEOW!

The adventures of Galavant, a dashing hero who is determined to reclaim his reputation and his “Happily Ever After” by going after the evil King Richard, who ruined it the moment he stole the love of Galavant’s life, Madalena.(from imdb.com)

END_OF_DOCUMENT_TOKEN_TO_BE_REPLACED

I decided that I would go about 2016 a little bit different. My word, is actually a phrase. 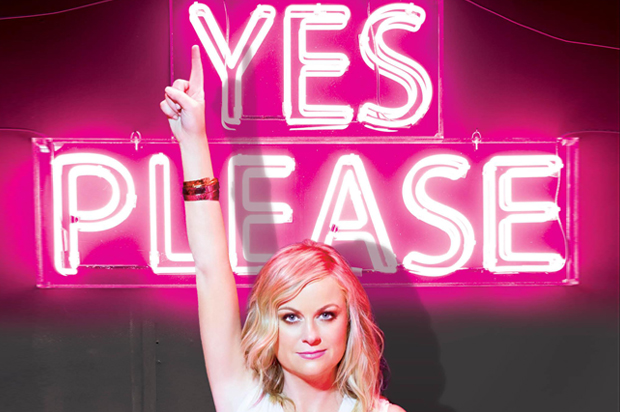 This phrase is inspired by the AMAZING book by Amy Poehler [Affiliate Link]. I own this book in hardback, digitally and in audiobook (which I HIGHLY recommend). It sits on the shelf of my desk reminding me to say “Yes Please”. On any other day I just look at and am reminded about how much I love the book. But the other day I was looking at it and thought to myself “Why don’t I say ‘Yes’ to more things?”

I am that person who has to be forced through a door that I didn’t think was an option. I’m not exactly the most adventurous and so I’ve been stuck in my own grooves for a bit too long.

Now with this new found idea, I’m not saying I’ll be jumping out of airplanes or riding the The Cannibal, but I do want to try things I’ve never tried before. Saying “Yes Please” doesn’t mean I won’t ever be saying “No” this year. It just means that on things I normally would brush off, I’ll be actually thinking about why I’m saying no. Maybe the simple act of thinking why I’m saying no will help me say YES to more things. Of course all of this is within reason, but I’m hoping it’ll prove to be a pretty good year.

Or in this case the AMAZING Mandy over at A Nerdy World nominated me for a Liebster award. I am always really bad at responding to these but I’m trying my best to be better about it. So thank you SOOOOO much Mandy (if you don’t follow her, you should. She’s the greatest). <3

What is the Liebster Award? You may ask?

The Liebster Award is given to bloggers with relatively small followings by bloggers with relatively small followings to show their love for each other. The award both helps readers get to know the recipient a little better (through the Q&A) and introduces readers to blogs they might never have heard of (through the nominations).

For the most part the rules change from person to person. But I’m just going to copy Mandy’s rules because they seem pretty basic and simple:

So here are my questions from Mandy!

There are so many amazing bloggers out there right now so I’m going to nominate a lot of them. I know that a TON of you have been nominated before so if you’re too swamped to do this feel free to pass. I won’t take it personally! I’m pretty sure most (if not all) of you have over 200 followers, but there is a reason for that. BECAUSE YOU’RE AMAZING, so I’m gonna nominate you anyway!!!

Okay! And my questions!!!

Thank you again for the award Mandy!

I know it’s been a while since I’ve contributed to this, but I couldn’t pass up today’s topic. I admire a lot of geeks, I decided to keep this list to the entertainment industry.  END_OF_DOCUMENT_TOKEN_TO_BE_REPLACED

I’ve been waiting with bated breath for a long time for the new Kingdom Hearts game to come out.

Kingdom Hearts II was released in 2005, and while there have been several games released since that time (Coded, 358/2, Birth By Sleep, Dream Drop Distance and the ReMixes) they’ve almost all been released on portable devices instead of standing consoles. Everyone has been waiting for the next console game to be released. For TEN years we have been waiting and waiting thinking about how the next game was going to be.

The past few years have resulted in little to no news about the upcoming game. It’s been disappointing and a bit unfair to the fandom. However this year, has released more news than we’ve seen in a long time.

END_OF_DOCUMENT_TOKEN_TO_BE_REPLACED

I’m so ready for the weekend! Getting my hair done and a writing day with my writing buddy planned. An excellent way to start the month. Next Saturday is my birthday, so I’m gearing up for that in the following days and trying to figure out exactly what I want to do.

Here are some things I’m thrilled about this week: END_OF_DOCUMENT_TOKEN_TO_BE_REPLACED