Currently`
Reading: The Secret Diary of Lizzie Bennet by Bernie Su & Kate Rorick
Watching: Orange is the New Black
Listening to: Much Ado About Nothing (Original Score)

Have you ever had a movie that you remember adoring, then when you watch it again, you find yourself looking at the movie in a completely different light? Well I call this a “Be Kind, Rewind” kind of movie. I enjoy watching movies I haven’t watched in at least a year (usually more) and comparing what I remember of it, to what I thought about it immediately after watching. 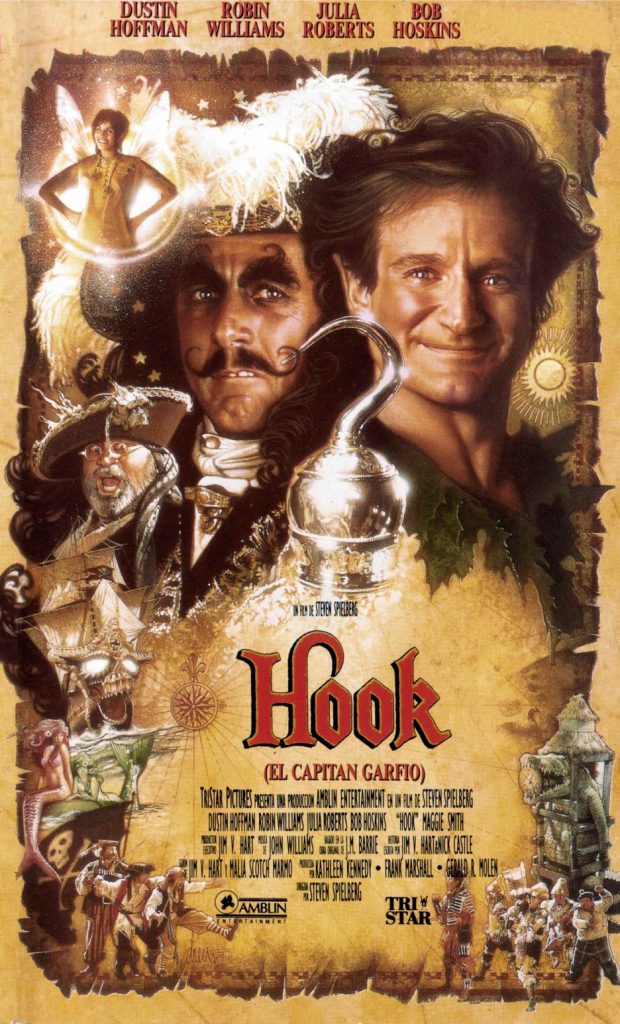 Summary
When Captain Hook kidnaps his children, an adult Peter Pan must return to Neverland and reclaim his youthful spirit in order to challenge his old enemy. (from IMDB.com)

My memories of this movie are very vague. I don’t think I’ve watched this movie in at least 10 years. I remember it was when Robin Williams was one of my favorite actors. It was a movie that when I was young never failed to make me laugh (it’s up there with a handful of Robin’s other movies around this same time). I remember closing my eyes whenever the crocodile was shown and that Smee and Hook did a really good job of scaring me.
Also, I think that Rufio was one of the first movie crushes I ever had. And that the food looked gross.

First things first, MAGGIE SMITH!!!! How did I not remember this?!?! At first I didn’t recognize her when she showed up on the screen, but then she started talking and I had this overwhelming urge to pick up a quill and parchment and start on a Transfiguration paper.

I forgot a lot about this movie. I remembered a handful of the Neverland stuff, but the whole time before Jack and Maggie get kidnapped I didn’t remember. It was interesting to see Peter start as a character that I wanted to just sit in a corner and tell him to get over himself.

Once in Neverland, things started coming back to me just shortly before they happened. I remembered Peter finding his kids, but not having to climb up the mast to reach them. I remembered all the food, but not the use of imagination part of it.

It was a nice experience to watch this with fairly new eyes. Though I think I’d like and identify with Peter and Moira more if I had my own kids, if you don’t get at least a little teary when she falls to her knees now that her kids are home, we can’t be friends.

The performance I didn’t appreciate as a kid was Bob Hoskins as Smee. Sure, I found him entertaining when I was young, but he was even more so now that I’m an adult. The fact that he has played this part twice (Hook and SyFy’s Neverland) just proves that the he is the perfect Smee.

Rewatchability
I may try to watch this movie every year at least. I kind of forgot how awesome it was. But I would especially want to watch this when I have kids of my own.

What movies have you watched recently that you forgot about?