Let me start this post by saying THANK YOU SO MUCH for participating in this. I’m sure I could have done a couple things better, but I am so glad and thankful for anyone who chose to participate!

♪ On the Twelfth Day of Geekmas, my fandom gave to me… ♪

It took me YEARS to start watching this show. I mean that literally. I think I watched the first episode at least 5 times in one year trying to see what all the fuss was about and I couldn’t see it. My friends kept telling me to try again, so I did and still couldn’t see it. It wasn’t until someone told me to watch “Blink” that I understood how cool this show could be.

While I am absolutely in the camp of not skipping Nine, I understand how it’s hard for people to get through him. You don’t know what to expect from the show and then you’re just thrown into the story with no explanation of who he is really and what happened to him. Over the course of the first season (which, in hindsight, is really the best way to discover the character), you see what an awesome idea this series is. And then once David Tennant comes in the picture, you’re sold.

As the series has progressed I do find myself not as attached to characters as I was in seasons 1-4. I think that’s partially because the companions stick around for so long, and partially because they aren’t being written as well. The series did REALLY well with Donna Noble (who got the worst ending of all in my book), and she quickly became my favorite companion of them all. I miss her sharp wit and her ability to tell the Doctor when he was being an idiot and the Doctor would actually LISTEN.

As for the different regenerations (having only been familiar with 9-12), I have to say that 10 and 11 are my favorite. I think one of the things the 50th anniversary episode showed us was the dramatic difference in personality between the two. Ten is broody on the outside (slightly) and in constant struggle with what happened in Gallifrey, whereas Eleven is in denial and chooses to run around the galaxy with Amy, Rory and Clara avoiding any actual responsibility while brooding about everything on the inside.

Aside from aiding in my love of Sci-Fi, Doctor Who showed me the amazingness that is John Barrowman (Captain Jack) and then this last Salt Lake Comic Con, this happened…. 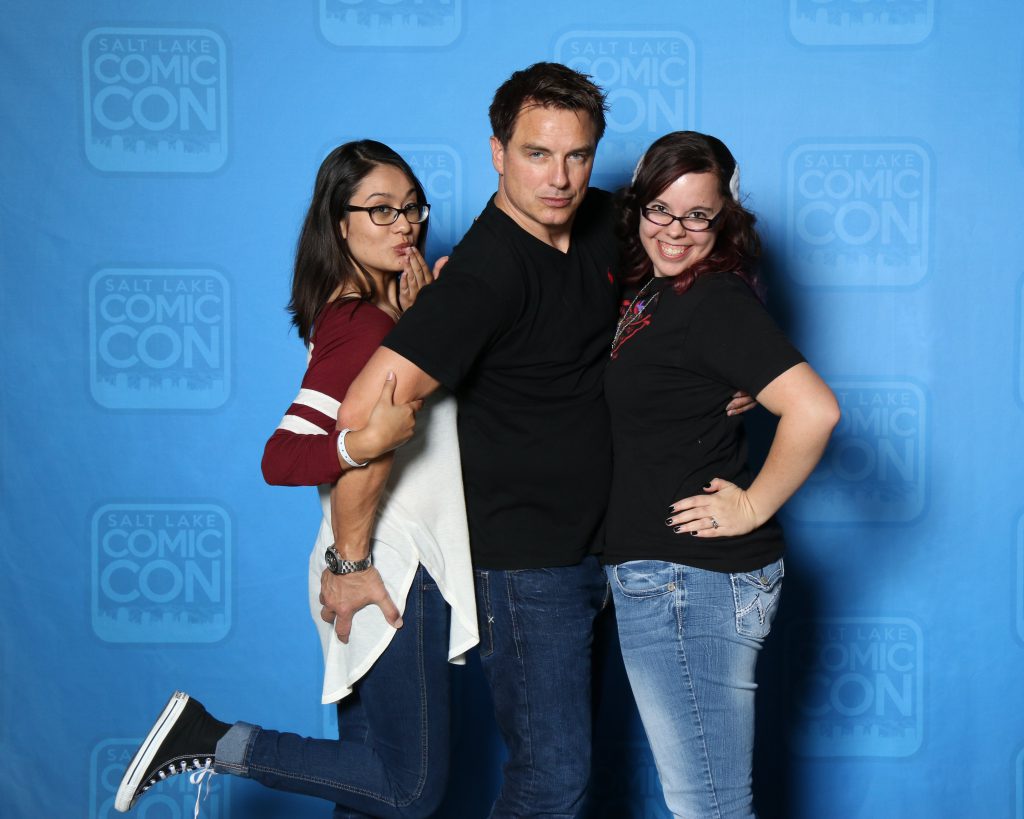 What has this fandom brought to you?

If you don’t know what this is, check out the intro post here. Feel free to join any time for any of the posts.

I’m so excited for everyone to participate and I can’t wait to see what these fandoms have given you! If you’re participating in the link up, post the link to your post in the link below!