Have you ever had a movie that you remember adoring, then when you watch it again, you find yourself looking at the movie in a completely different light? Well I call this a “Be Kind; Rewind” kind of movie. I enjoy watching movies I haven’t watched in at least a year (usually more) and comparing what I remember of it, to what I thought about it immediately after watching. This installment is about “The Prince and Me” 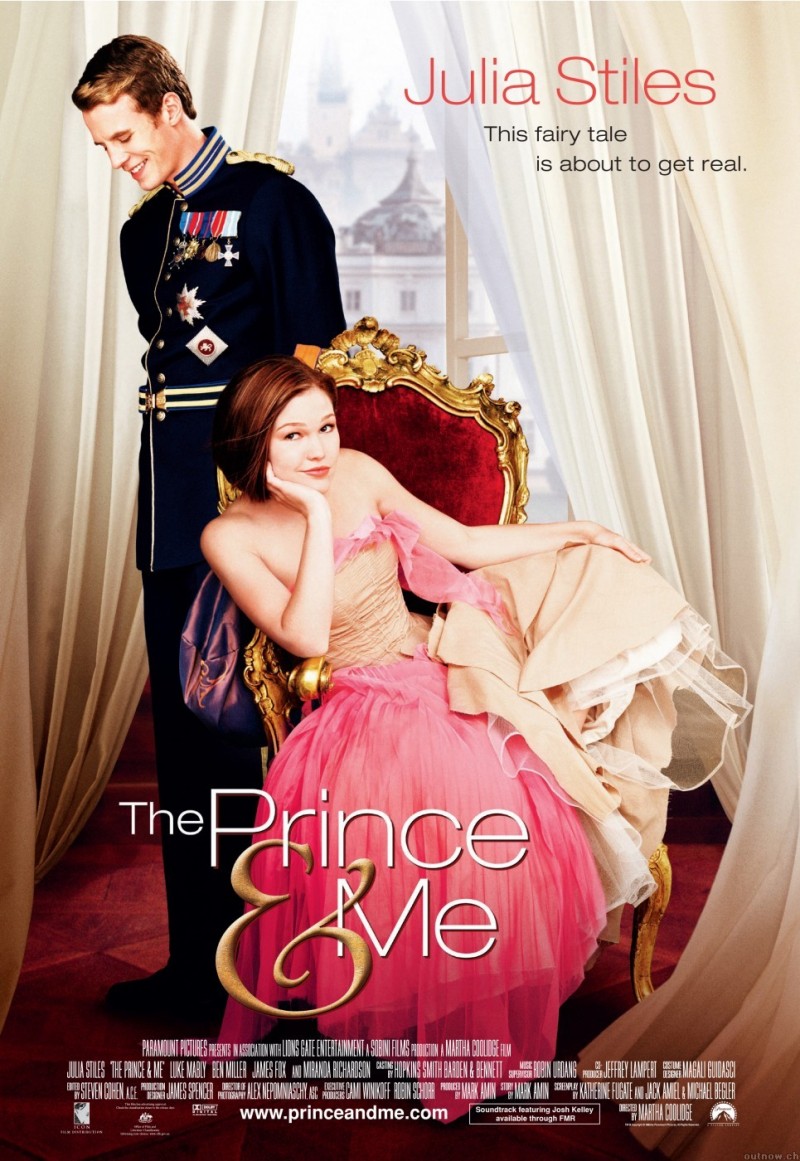 The Prince and Me

At college Paige meets Eddie, a fellow student from Denmark, whom she first dislikes but later accepts, likes, and loves; he proves to be Crown Prince Edvard. Paige follows him to Copenhagen, and he follows her back to school with a plan. (from IMDB.com)

How Long Since I Last Watched It?

At LEAST 5 years, if not more.

I remember being smitten with this movie due to it being one of those girls who would love to be told they are a princess or to fall in love with a prince. I’m a sucker for a love story and always have been. This came out around that time that Julia Stiles was in EVERYTHING (it seems) and I loved it. She’s always been an actress I admired and has always been one of those actresses I’d watch in just about any movie.

I remember a few main scenes from this movie:

Well…. Huh.
This movie didn’t hold up as well as I thought it might. Paige is focused so much in the beginning on becoming a doctor so she can travel with Doctors Without Borders that her sudden shift from “YES I want to be a Doctor” to “OMG. This guy is super cute.” is a bit startling. When she runs from school to Denmark after finding out who Eddie really is, I just kept thinking “Yes, I realize he’s a prince. But you’re throwing all of this away?”. It didn’t seem to fit the character who we had seen previously had grown up in a family who believed that hard work is how you get somewhere. Hard work and never giving up.

Luke Malby played the egotistical Eddie perfectly and really his character shows the most growth. From being a spoiled prince in Denmark and deciding to move to Wisconsin to get away from his parents, to a well rounded man who learns just how capable he is for being king. I enjoyed that he took something from being at Paige’s house, and applied that for his country’s well being.

Their romance is a little fast, but sweet. Eddy teaching Paige about Shakespeare, and Paige’s best friend encouraging her to take Eddy up to “The Stacks” (which BTWs, gross) gave me severe 10 Things I Hate About You flashbacks

Now lets be honest, the real star of this show (at least in this rewatch) was Ben Miller as Soren, Eddie’s babysitter. In every scene he was in, he was the best part of it.

Ultimately I don’t know when I would watch this movie again. It frustrated me to no end. I was much more smitten with it when I was younger. While I appreciate that Paige did ultimately realize how quick the romance had escalated and go back to finish her degree (apparently she goes to med school in Denmark in one of the THREE sequels to this movie), the frustration I felt the whole time she was in Denmark brings the movie down a lot for me.

This is one of those movies to watch when you have your girlfriends over and want to make fun of a movie that is so cheesy and terrible that it’s funny.

Would You Watch It More Than Once A Year

Probably not. It didn’t hold up for me like when I was younger.

What movies have you watched recently?